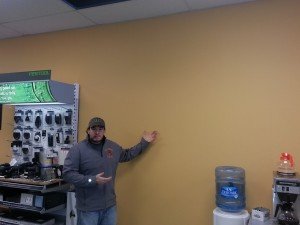 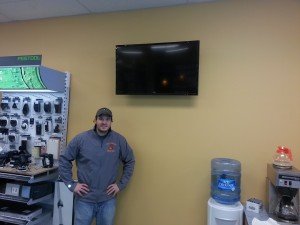 As we brace for a large snow storm, your friendly electricians at Lauterborn Electric were out installing an LED Television for our friends at Ricciardi Brothers in the Fairless Hills location. The New 40 inch Television needed a 120 volt outlet and a cable line ran to it. The images show the before and the finished product of the television mounted on the wall. The bracket the television was mounted on has many different settings where it can be tilted down and also has the ability to pull from the wall and be pointed in different directions. The pictures also show one of Lauterborn Electric