07 JunRewiring a Mount Airy duplex built in the 1920s

We were called by a builder who we have done several projects in the past to rewire an older Philadelphia duplex. The building was built in the early 1900’s and still had the original wiring which was inadequate for modern day appliances and sensitive electronic equipment.

We began by installing a new 200 AMP service to the building with a 100 Amp panel in each unit to allow for rewiring. The internal wiring was a challenge with fishing lines throughout and making notches were necessary to allow for wiring. 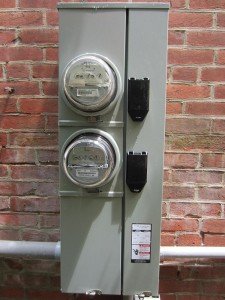 The kitchens were wired to all modern electrical codes and wiring was provided for current consuming appliances such as a dishwasher, disposal, refrigerator, and microwave.